Scan to continue in mobile, complete the online check-in process for your reservation.

The silence of forms

Alcaufar Vell has 22 bedrooms and suites distributed around the stately home and the old stables.

Small suite of 45 m2 located in the old farm of the estate, with private garden.

Die Balearen is considered the most exhaustive work in existence about the landscape, customs and traditions of the Balearics in the 19th century. Written by the Archduke Luis Salvador of Austria between 1869 and 1891, when he was in Menorca, he did not hesitate in passing through Alcaufar Vell where he used his time well walking and appreciating the crops of the estate, the stables and the architectural design of the building. The spaciousness and comfort offered by this room invite one to follow his footsteps, doing so from its large windows.

Rural hotel & restaurant with 22 bedrooms and suites distributed around the stately home and the old stables.

Exclusive advantages of booking with us

Pay in the hotel
(according to rate)

Great flexibility in
managing the booking 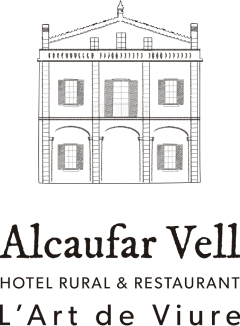 Do you want to work with us?

Send us your CV

If Alcaufar Vell interests you, send us your CV rrhh@alcaufarvell.com